PUBG Mobile update 0.13.5 brings in some fresh summer vibes. It's available for both iOS and Android and introduces a few funky improvements, a new weaponry item, upgraded ranking system, and more. Don't miss them if the Battle Royale genre thrills your blood! 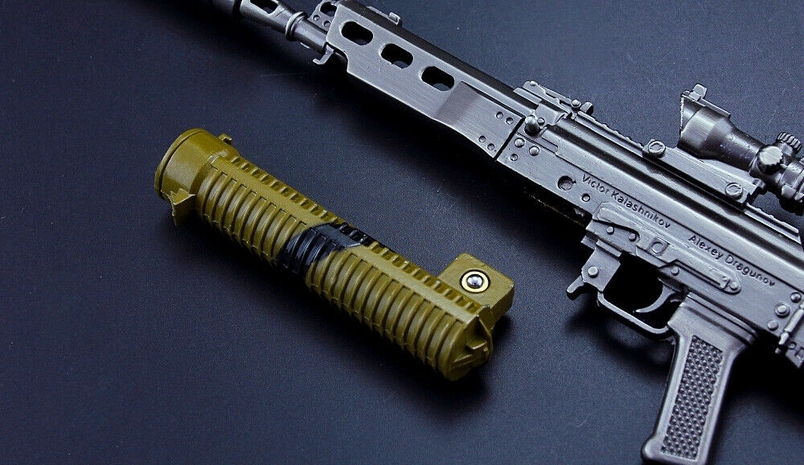 First things first. Your repertoire of destruction will be more complete now. PP-19, a compact submachine gun, was added to the arsenal. Coming from Russia, this unstoppable little beast has been nicknamed "Bison" by the Russian spetsnaz forces. Here's some trivia about the weapon:

Its cartridge holds a maximum of 53 rounds, which is pretty impressive. Don't expect though that you can enlarge the number of rounds: the magazine isn't expandable since upgrading it with attachments isn't available.

However, you can add a muzzle and all the scope attachments possible, including 6x holographic sight scope. Its fire rate almost matches UMP. As for the damage parameter, a single shot lodged in your opponent takes 35 points from their HP.

A strategic tip: BB-19 Bison will garner you a dramatic advantage in the beginning due to its enormous magazine. Later in the game, it's advised to get something else, since its efficiency will visibly decrease. Also, it's strongly recommended to be used in quick duels and one-on-one close range sparring. 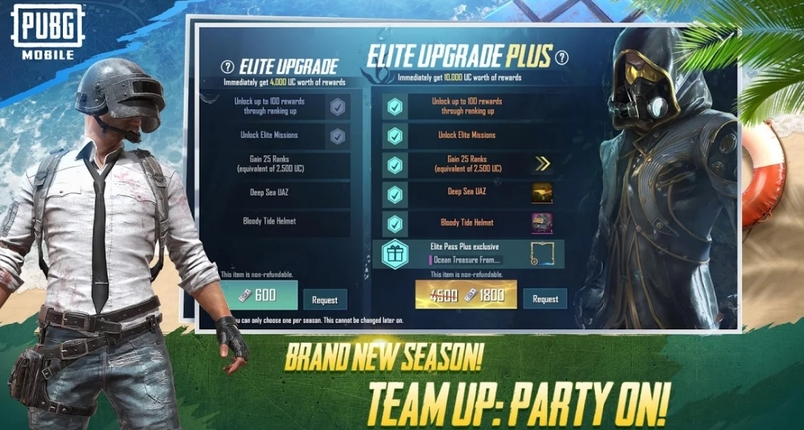 The rating system has gotten a few adjustments as well. First, there are new Rating protection cards that cover two parameters: duration and uses. They are applicable to all tiers below that Crown tier. they prevent ratings from being estimated while these rating protection cards are active.

Second, visual changes have arrived as well. For instance, ratings and ranking changes will be more noticeable on the screen than before. Furthermore, unlocking some achievements have become easier. E.g. if a player makes it to the Crown tier, a team-joining effect or a name-tag will be much easier to get.

As for the tiers, well, you will shed no more tears if you think your worth as a player is underestimated. The ranking algorithm has been tweaked to make kills more valuable. As a result, the more effective you are at taking your opponents' lives, the higher the rank you'll conquer.

Finally, all the information regarding changes/resets of your rating will be shown in a single, compact message. PUBG has seriously focused on decluttering your screen, it seems. Tier icon visuals are also more discernible and brighter than before.

Gold tier players have the privilege of getting the complete outfit from Season 8. For those who have an itch of getting the exclusive weapon-finishes related to the current season — make it to the Diamond tier first.

Transferring has been slightly improved too. For instance, tiers lower than the Gold tier will be transferred from one season to another as-is. That means that Silver and Bronze tier warriors will have their titles reserved in the next season. And all the awards/trophies won, will be automatically delivered to the PUBGers at the end of every season.

The reminder which alerts of the tier promotions has been revamped. Now it looks fancier and a bit more distinct. Division promotions within a certain tier will not be browsed in the lobby anymore. As a little bonus, the tier transfer message will contain a link to the tier transfer rules, thoroughly explained on the PUBG's official website. 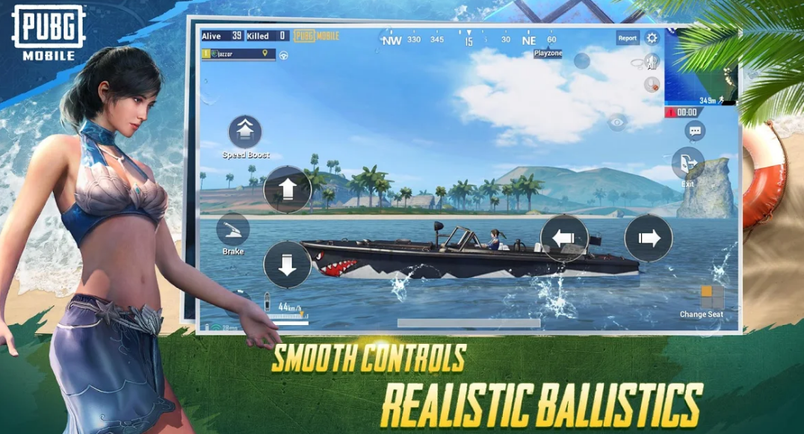 The new Royale Passcode to Season 8 will unlock a whole array of ocean-related outfits and cosmetics. There will be references to the subaquatic pop culture: "Finding Nemo" hoodie, shark teeth to adorn your weapons (inspired by the "Shark Tale"), sunken ship from Pirates of the Caribbean. And possibly an LSD-fueled Yellow Submarine as a vehicle. Bonus: if you manage to achieve 100 RP status, you will unlock Bronze Armour.

If you don't mind getting a bit nostalgic every now and then, PUBG has a special surprise for you. To commemorate its first anniversary, there will be items from Seasons 2 and 3 respectively. They are available as rank-related trophies or randomly found items. Inspect the redemption crates to find them!

You can annoy and parasitize on your buddies more effectively now. On the Royale Pass purchase page, you can beg for Elite Pass and Elite Pass Plus. Well, as they say: The best city is Generocity. 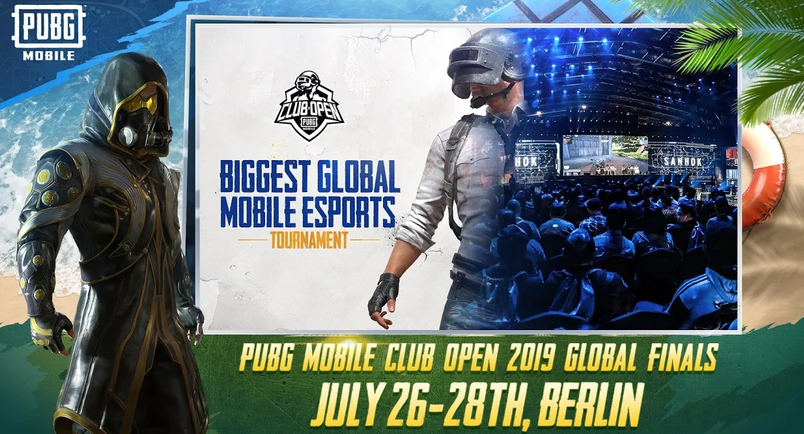 Season 8 will feature both in-game and real-life memorable events.

Firstly, On July 26/28 there will be PUBG Mobile Club Open world's finals. The closing events will take place in Berlin and participants/attendants will get special prizes and other goodies from PMCO.

Music Adventure will feature Alan Walker, who joined forces with PUBG to bring you a new quest. There will be an event to follow, by the end of which the warriors will discover a new, mysterious music track produced exclusively for PCMO.

As we've mentioned, Seasons 2 and 3 will be largely commemorated in Season 8. Apart from items to be added to your inventory, also certain events from these seasons will be resurrected. That means only one thing: more rare and epic stuff to snatch.

Looks like PUBG in its new Season is seriously worried about its looks. At least Erangel has gotten a visible facelift. Textures are more detailed now. And the signature landmarks, such as the Prison, look more realistic. The terrain has been revamped, and more decorations have been added: barns, trenches, explosions marks, etc.

How to Update PUBG Mobile? 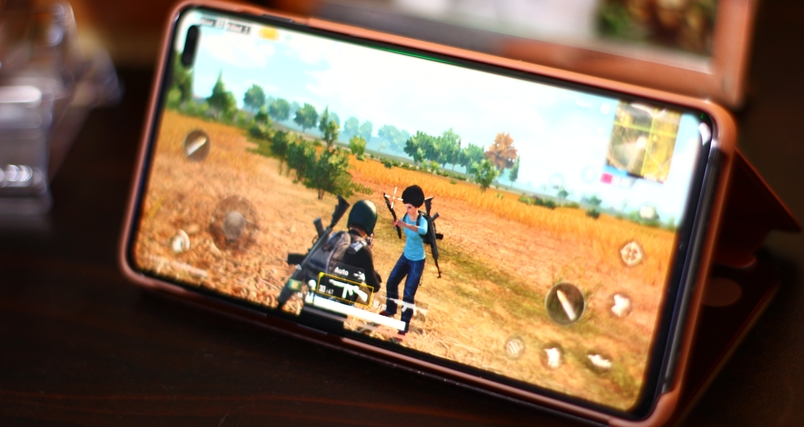 Or you can enable automatic updates. To do that:

From now on all the Android updates for the game will arrive on time automatically.

Your iOS will begin updating the game every time an upgrade is being released.

The New PUBG 0.13.5 update has a lot of exciting stuff to offer. There is a more intuitive and clear menu. Perfected ranking & rating system. Less intrusive, but more distinct reminders. The new formidable submachine gun from Russia. And, of course, the charming summer vibe with the underwater stylistics. So far only the beta version is available for testing. Update your PUBG Mobile now to see if the new stuff is really good!

What do you think about the fresh PUBG update? Do you think they could add more weapon models? Is there something that needs to be removed from the game for good? Let us know in the comments!