5 Best Strategy Games on Your Smartphone

Modern smartphones are more than just a communication device; they have become a part of our lives. From entertainment to education, to information, these phones have become a useful tool for our daily needs.

The smartphone has also been a great gaming platform. It offers an amazing and rich gaming experience. There are hundreds of games available out there, and new ones are being added to the list every day. But, finding the best games from among all those games isn't easy.

So, here is a list of 5 best strategy games which I think are very good and enjoyable.

Bloons TD Battles is a tower defense game where the player builds towers to defend against waves of balloons. There are four types of towers, each with its own range, damage, and price.

You place towers to defend against the bloons coming at you until they eventually reach the end of the track. Each bloon has different abilities and strengths. You must use those strengths against them to destroy them.

In addition, each tower is upgradable to three levels. The player can also create new maps but has to unlock the map editor first.

Godus game is an innovative project of the British studio 22cans. The company was founded by Peter Molyneux, the legendary creator of Dungeon Keeper, Black & White, Populous, The Sims and Theme Park. The game is a spiritual successor to Populous.

Molyneux's idea for the game was to create the whole universe; it’s a first-person god simulator. The world is procedurally generated with the player god.

The game is about creating the universe. Players are gods who are responsible for the world. You are able to decide how the world will look like by using your godly powers. The player is able to make the world as detailed as he wants.

It's not your average god game. The player isn't sitting on a throne and watching the action. You are the action. You'll be able to customize your world and interact with it by building cities, planting forests, creating mountains, raising seas, and more.

Clash Royale is a multiplayer game with a mixture of tower defense and real-time strategy. It launched in 2016 and has a high player engagement.

In Clash Royale, you build a deck with a certain amount of cards to use for battle. You can only have 4 of the same card in your deck. You can "purchase" different cards, which costs either gold or gems. Gold is earned by winning battles, while gems are purchased with money.

There are six different card tiers, with each tier costing more than the previous. The cards vary in power and cost, with some being more powerful and more expensive than others. You can use your cards to attack the other player's towers and get the crown. You win the game by either destroying all of the opponent's towers or getting their crown.

It is a single-player game, and the player is a night watch security guard to defend themselves against the animatronic characters. The player must also keep track of the power levels of all of the animatronics, as well as where they are located within the building, and close any open doors within the restaurant.

The game is played from a first-person perspective, with the player using a security office that contains four security cameras to watch the restaurant. The player is armed with a flashlight, and a security door slam to keep the animatronics from coming into the office. You are to survive five nights, starting from Sunday, to win the game.

Lords Mobile: Battle of the Empires

Lords Mobile: Battle of the Empires is a free-to-play collectible mobile strategy game set in a fantasy world. In this game, you must build your empire by collecting and upgrading troops, as well as build a powerful army to conquer other players' castles.

Lords Mobile is a game that is set in medieval times. You can choose your own story and start your empire with a small army. Each player in Lords Mobile: Battle of the Empires starts off with a small settlement and must build their castle and strengthen their defenses as much as possible.

Build barracks, stables, and archery ranges to speed up the production of troops. Build a marketplace to help you make the most of your resources. As you collect and upgrade troops, you can create armies and go on raids.

We hope that you have enjoyed our list of 5 Best Strategy Games on Your Smartphone. If we have missed any game that you think should be on the list, feel free to add it in the comments section below. 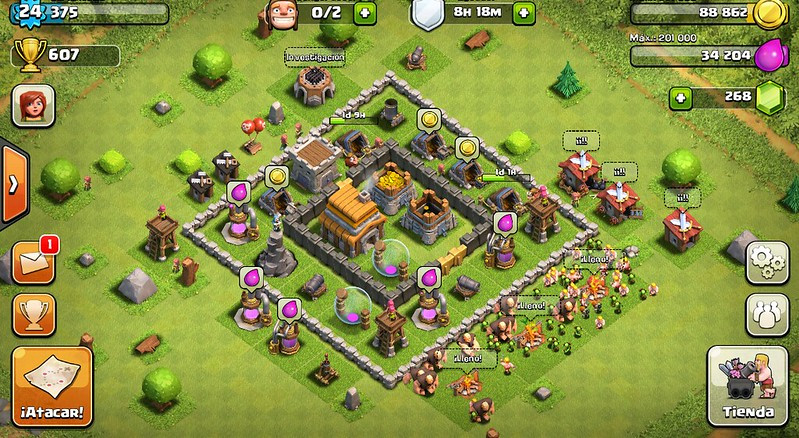